The members of New Sweden community are coming together to preserve, communicate, document, and celebrate the Swedish culture and heritage through cultural events, newsletters, and articles.

The Swedish, Finnish and US governments declared a celebration honoring the 350th anniversary of the establishment in 1638 of the first Swedish colony on American shores. The anniversary year was 1988. 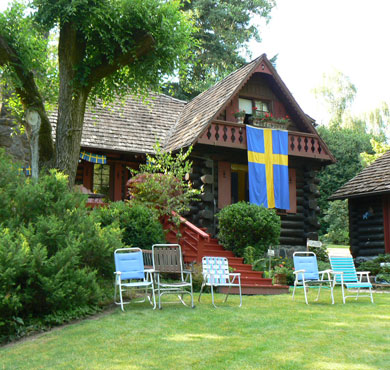 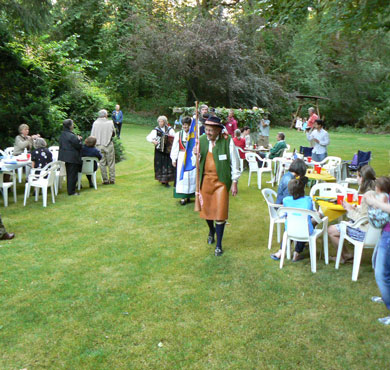 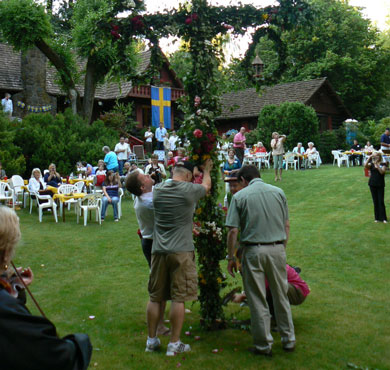 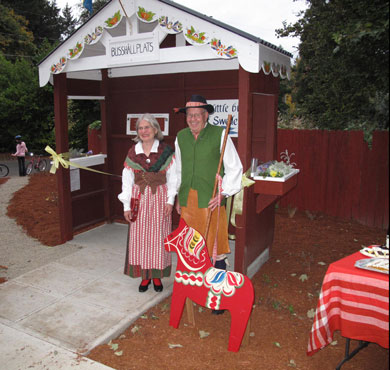 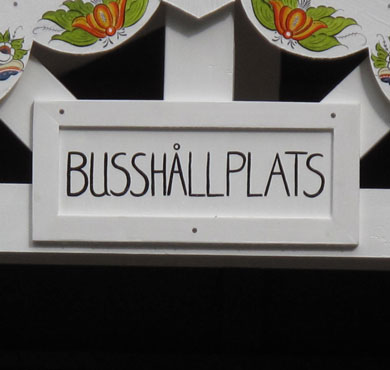 The US Congress passed Public Law 99-304 designating 1988 as the “Year of New Sweden” and authorized President Reagan to issue an official proclamation in observance of the year. President Reagan declared, “Swedish Americans have won a place in the history and heritage of the United States, and they continue their tradition of notable achievements today. Two Swedish Americans associated prominently with the American Revolution were John Morton of Pennsylvania, a signer of the Declaration of Independence, and John Hanson of Maryland, who presided over the Continental Congress in 1781 and 1782. More than a million Swedes came to the United States between,1845 and 1910, and more than four million Americans today have Swedish ancestry.

We can all be truly proud of the contributions of Swedish Americans to our be loved land, of the close ties between the United States and Sweden over the years, and the devotion to democracy that our peoples share. Now, therefore, I, Ronald Reagan, President of the United States of America, do hereby pro-claim 1988 as the Year of New Sweden. I call upon the Governors of the several states, local officials, and the people of the United States to observe this year with appropriate ceremonies and activities.”

The celebrations of New Sweden ’88 reminded us all of the significance and impact Swedish and Finnish immigration had on the US. In 1638 the Swedish state sent colonists to the wealth laden American shores. They made a dangerous and harrowing trip aboard the Kalmar Nyckel (Key of Kalmar) and Fågel Grip (Griffin Bird). However, they found little wealth and many hardships as they established a Swedish colony on the Delaware River- which now includes parts of Pennsylvania, New Jersey and Delaware. Land was purchased from the local Indians, the Lenape and Susquehannok tribes; and Fort Christina was established on the current site of Wilmington, Delaware. These early Swedes and Finns showed courage, conviction and mettle. The Lenape and Susquehannok Indians were so impressed with the Scandinavians that they became friends and never engaged in battle. Truly a fabric of friendship was woven between the Indians and the Scandinavians, a unique relationship.

Through political changes, new government and waves of immigrants from other nations the Swedes and Finns kept their heritage, culture and values.

They were known as leaders in their community and recognized for their craftsmanship, honesty and integrity. They answered the call of a nation wanting liberty and fought and died for their freedom in the American Revolutionary War and the establishment of the new American nation.

New Sweden ’88 was an international exchange and celebration between Sweden, Finland and the United States honoring this special anniversary and these hardy colonists. Cities that wished to participate could become associated with the international exchange by applying to be designated ‘Jubilee Cities.’ Portland could be as active in the celebration as it wished to be. Special exhibits and groups from Sweden would be touring the USA and would be available to make our celebration especially significant.

Leonard Forsgren, Honorary Swedish Consul, invited lodges, organizations and individuals to participate in this special international event. The first organizational meeting was held April 14, 1987, at the home of Ross Fogelquist. The meeting was called to order by Dale Johnson. About 30 persons attended. Bernhard Fedde presented a brief historical outline of the events leading up to the establishment of the colony and its significance to our American story. Leonard Forsgren explained what the ‘New Sweden ‘88’ celebration could be for us in Oregon.